Tonight at Hand-Eye Supply's Curiosity Club we're thrilled to feature Michael Madigan, a local heavyweight in the conscientious food community! He will give the talk "Remastering The Basics: Getting Back In Touch With Our Food." Starts 6pm PST at the Hand-Eye Supply store or streaming on the Curiosity Club homepage!

Recent years have seen a backlash to the tyranny of huge agribusiness, mass produced foods, and better nutrition through chemistry. Oregon is leading the country in managing a regional foodshed from end to end: production of high quality ingredients (produce and proteins) while caring for the land and water; creative use of product to make delicious food; and a motivated and engaged consumer base. Some of the most exciting food in the country is being grown and produced in Oregon right now. We will explore this movement and learn about how creative farmers, cooks, and other industry players are revitalizing food culture in Oregon, for all our benefit. 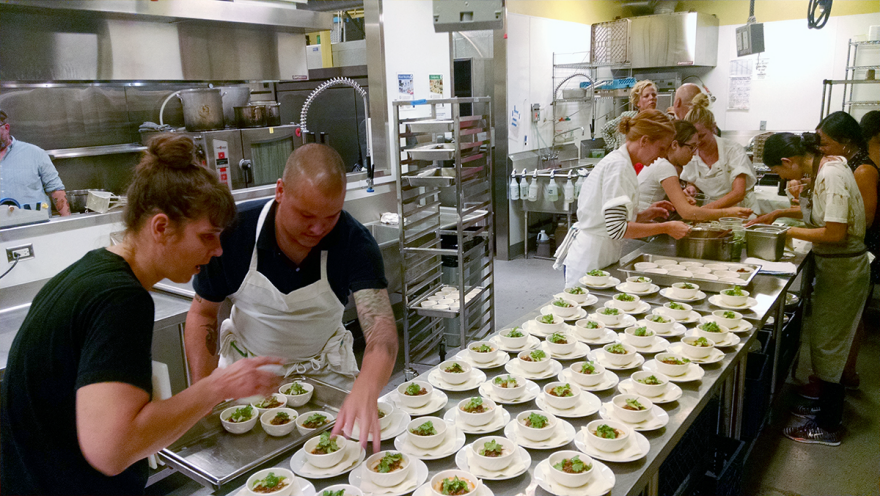 An entrepreneur and accomplished businessman, Michael Madigan is the brains behind KitchenCru and the owner at both Bowery Bagels and Remedy Wine Bar. A New York City native, Michael moved to Portland, Oregon in 1987. With a love of food and wine and a passion for knowledge, Michael opened Portland's KitchenCru, a shared use community kitchen and culinary incubator, in March 2011. Surrounded and inspired by creativity and talent, and driven by the desire for a solid, New York-style bagel, he eventually decided that enough was enough and opened his own Bowery Bagels and CruMarket in 2012. A family staple growing up, he ate one from the German bakery his family frequented every Sunday after church. Bowery Bagels, named after the subway station he passed through every day in high school, has been chosen as the best bagel in Portland by a Willamette Week panel of rabbis, definitely living up to their name as true New York-style bagels. Michael and his wife, Lynn, live just south of Portland in West Linn, Oregon. When he's not at one of his many businesses, he is thinking up new ones to start, cooking at home, reading non-fiction, and going to the house he built himself on the Washington Coast.