To celebrate, let's re-meet the Higonokami, a simple Japanese knife with a samurai pedigree. Higo no kami means 'Lord of Higo,' referring to both the region where the knives originated and a title once given to venerated samurai. The knives have been popular throughout Japan since their introduction in 1896. Today they are only made by a tiny handful of smiths, and officially by just one maker: Mr. Motosuki Nagao, the 4th and last generation of blacksmiths to make this knife. 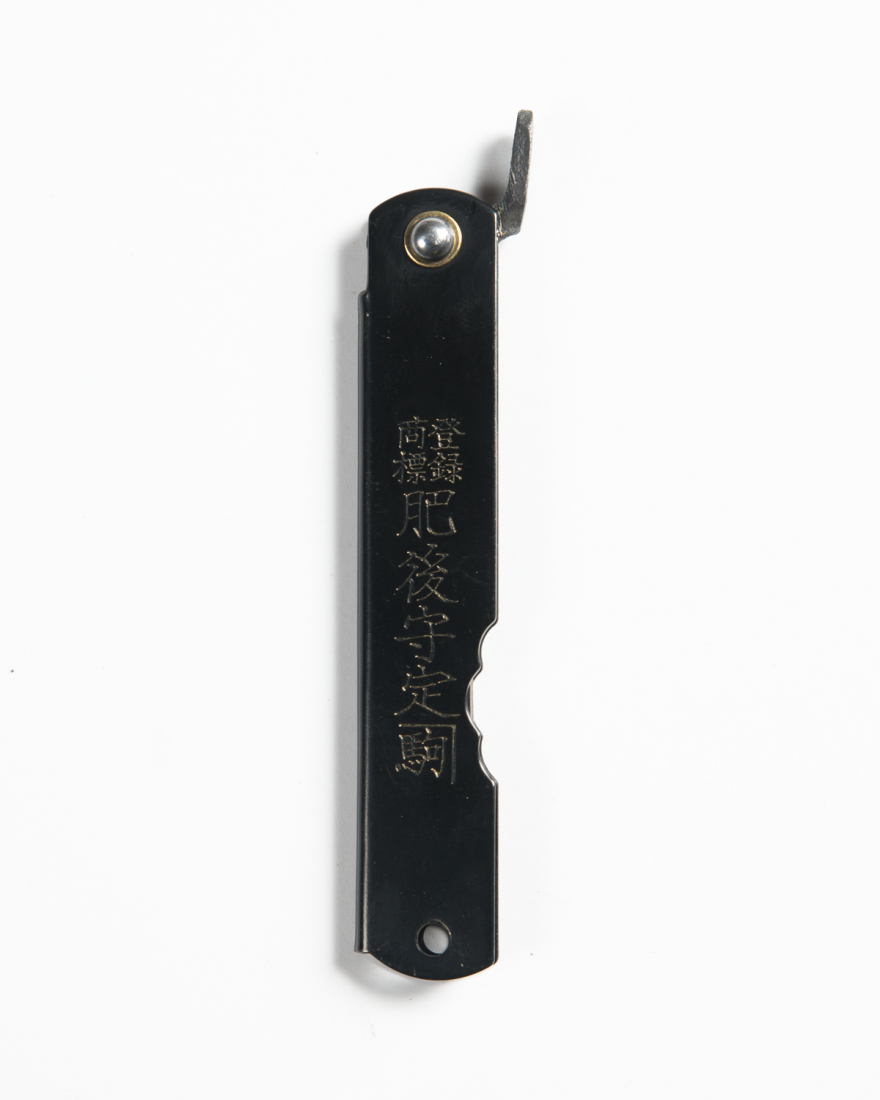 For hundreds of years Japan's warrior classes were the only people allowed to carry weapons like swords and axes, and the craftsmanship of those weapons is world famous for good reason. But in the Meiji era of the late 19th century the samurai were a quickly fading social class. Mounting showdowns against the royalty the samurai ostensibly served and an unsuccessful stand-off against the US Navy pushed the country to modernize rapidly, shedding the storied sword-carrying order of the old feudal system and outlawing large weapons entirely. In this context, the talented guilds of swordmaking blacksmiths turned their trade towards small goods that escaped classification as "weapons." Small pocket knives used by farmers and craftsmen? Fair game. 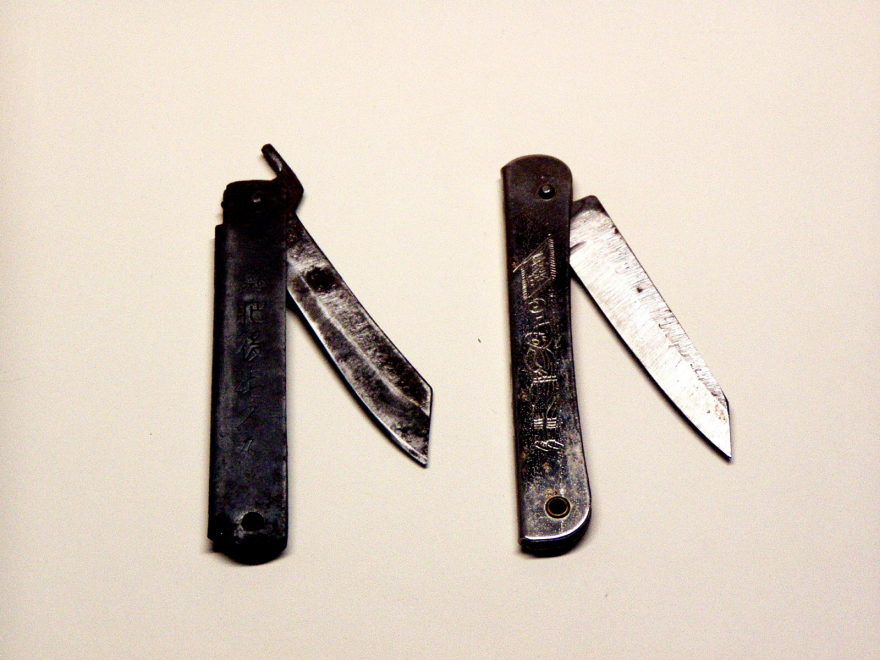 The story goes that in the mid-1890s, the now-knife-making blacksmith Sadaharu Murakami was approached by a tool wholesaler who had a small folding knife in a style he wanted to sell en masse. The resulting version of the knife was a simple and versatile design: a high carbon 'white steel' blade housed in folded brass scales, with no locking mechanism and a single tang to open and close. The tough and affordable design quickly gained popularity. A new knife-making guild was created shortly after and the name "Higonokami" was trademarked for the handy little knife, signifying that only members of the guild could produce it. And so the knife and membership in the Higonokami guild boomed. 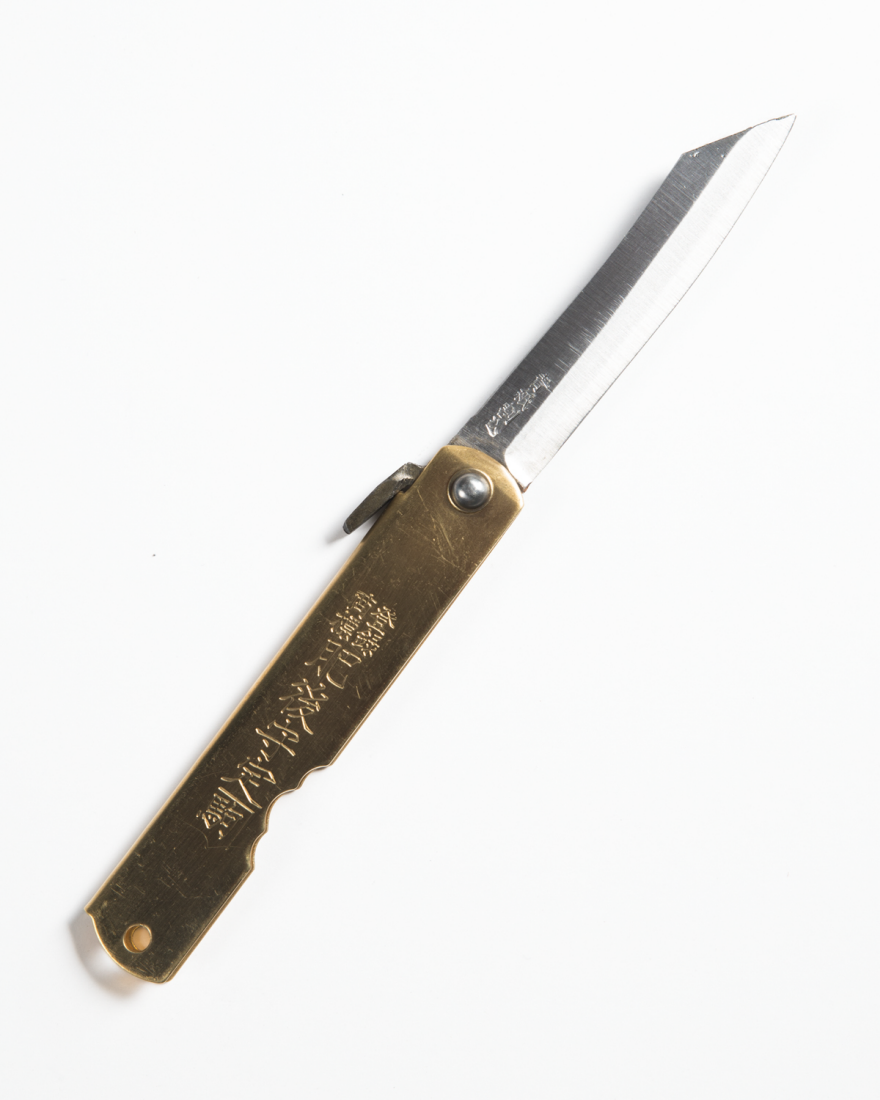 At the height of its popularity the Higonokami, or higo, was a pocket companion for anyone from carpenters to school children. The easy to sharpen, long-lasting blades and small hand-friendly shape made them useful for anything from preparing drafting materials to sharpening pencils to enjoying lunch.

Sadly, a sword-based national tragedy brought knife sales and use to a grinding halt in the 1960s. With even greater constraints on knife making and ownership, the Higonokami guild dwindled. Today there is a single solitary smith working under the traditional Higonokami handle. Motosuki Nagao (alternately spelled Motosuke in our English-bound parts of the internet) is the last Higonokami blacksmith, and he can trace his craft lineage through his family back to the knife's origin over 100 years ago.

Small knives in the higonokami style are readily available throughout Japan, but true Higonokami using the traditional high quality white steel blade and construction are easily spotted. First, they still come in a distinctive yellow, blue and gold box, marked with their name. Second, they don't sport the stamped image of a Samurai, as cool as that is. Those close copies are tellingly called "Higonaifu" - higo style knives. Third, due to the high output of his single-man shop, knives made by Motosuke Nagao are all slightly imperfect. 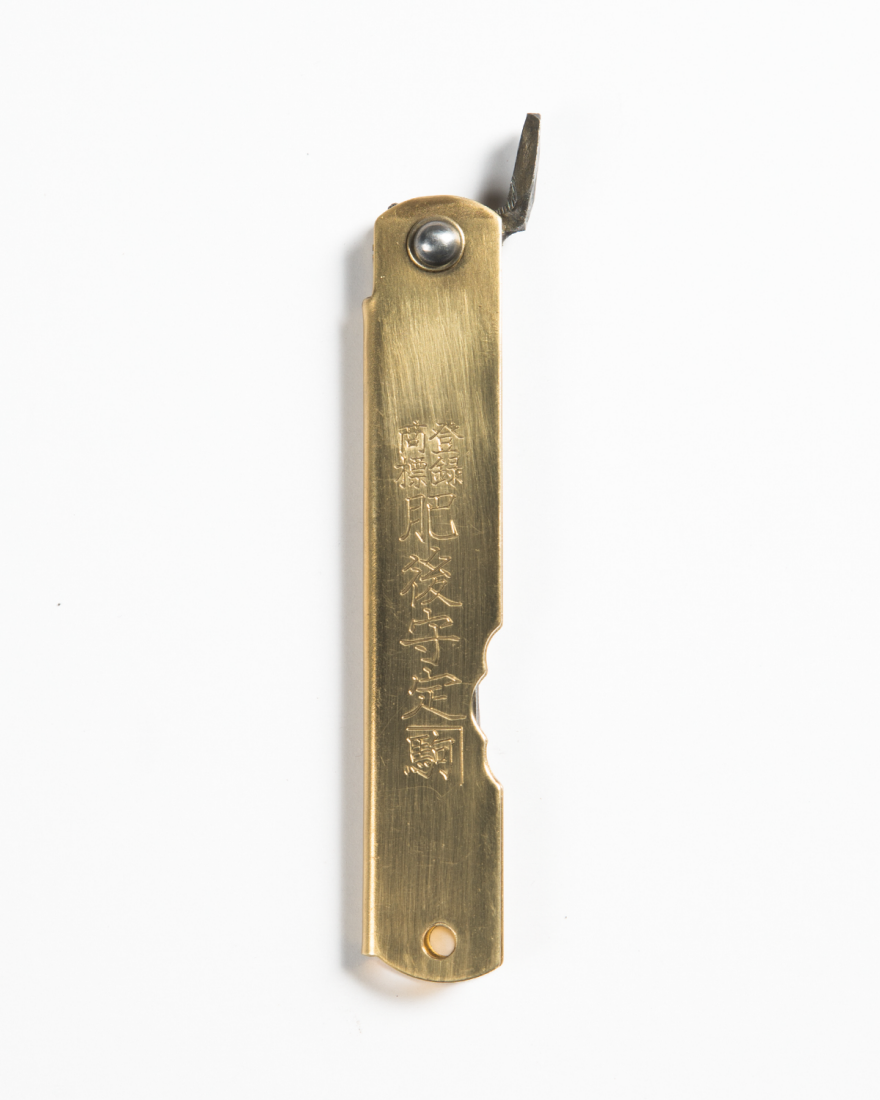 Their hand-crafted nature is clear when you compare even two—the tension of the joint varies, the appearance of the finishing on the blades is different, and almost every knife arrives with the telltale scratches and markings of something individually handled. In our opinion, this distinctiveness is a price worth paying if you want a pocket sized grandchild of the samurai sword.